The Wall Street Journal observes that Kim Davis has done more for God than even a famous Saint.

Where Thomas More was known throughout Europe when Henry VIII's marriage plans put him on the outs with his king, Kim Davis was an obscure clerk in Kentucky's Rowan County until her refusal to issue marriage licenses thrust her into the national headlines. Where More was celebrated for his learning-at Oxford and Lincoln's Inn-Ms. Davis's education is unclear.

And where Thomas More resigned his office, far from resigning, this elected Democrat office-holder is asking the state to accommodate her Apostolic Christian faith. "

For this and other reasons, Kim Davis recieves Public Advocate's Family Advocate award. 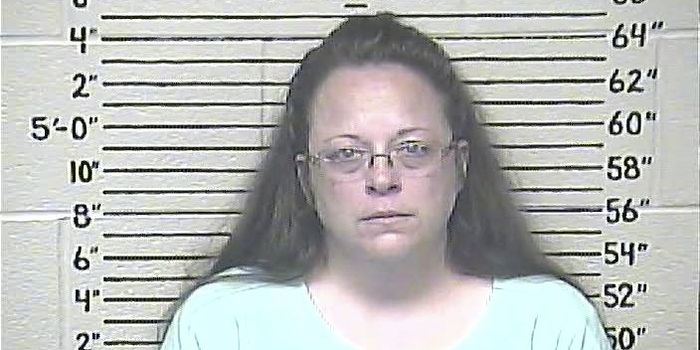