Sarah Palin found a novel way to turn down an interview request from Piers Morgan on Friday, posting a picture on Facebook of a bear she had shot dead and a note saying she was busy.

The former Alaska governor thanked chat show host Morgan for inviting her on his 'shambolic show' but added she was 'kind of busy right now'.

The Facebook message, which had been liked by nearly 3,000 of Palin's supporters within two hours of it being posted, is part of an online spat between the pair after Morgan poked fun at her intellect. 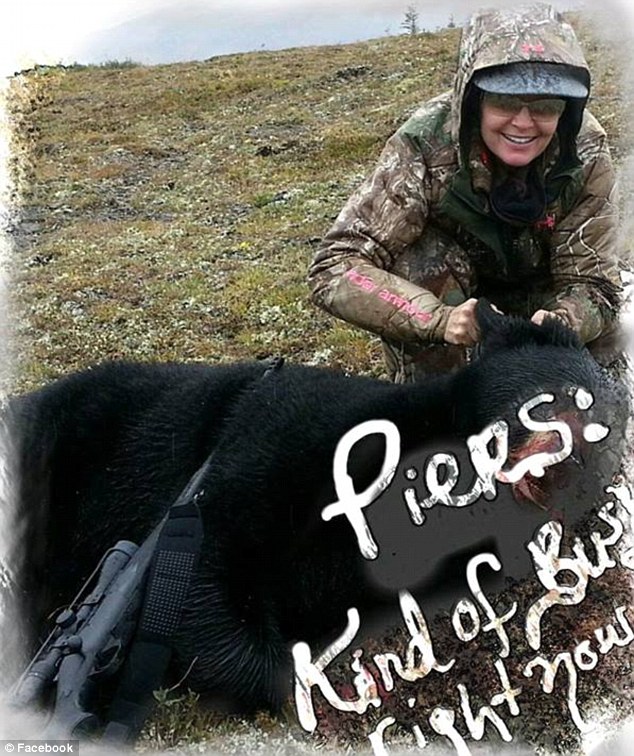 Thanks but no thanks: Sarah Palin used this picture of her with a bear she shot to send a message to Piers Morgan