Federal Judges Get A Taste of Real Justice On Marriage

Federal judges may have the last word on marriage -- but they won't have the final one. That's becoming abundantly clear in Alabama, the latest state to feel the sting of a runaway court invalidating the will of the people on marriage. In a letter to Governor Robert Bentley (R-Ala.), Chief Justice Roy Moore made that quite clear -- explaining that this isn't an issue that the federal courts will resolve. Rather, he said, it "raises serious, legitimate concerns about the propriety of federal court jurisdiction over the Alabama Sanctity of Marriage Amendment."

If the Supreme Court completes the circle and invents a right to same-sex "marriage," I believe it will be the Roe v. Wade of the 21st Century. People then, as now, insisted that the Supreme Court had the final say on the issue. Forty-two years later, they couldn't be more wrong. Far from settling the issue of abortion, the Supreme Court ignited a powerful, nationwide movement -- now four decades strong -- to overturn the justices' ruling.

It certainly wasn't "figurative" for Melissa and Aaron Klein, Jack Phillips, Barronnelle Stutzman, Nang and Chris Mai, Craig James, and others who may not have lost their lives -- but did lose their livelihoods over their moral beliefs on marriage. Meanwhile, abortion wasn't widely accepted because it runs counter to nature -- mothers don't kill their own offspring. Same-sex "marriage" also runs counter to nature -- since it isn't the natural bridge that brings the two sexes together. 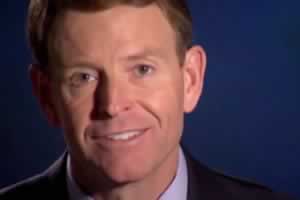