Today, the House of Representatives will vote to fully repeal ObamaCare - the first time that 58 of our newest Members will have a chance to go on the record regarding the law and the first full repeal vote since Republicans took control of the Senate. Today's vote fulfills a key commitment Republicans made to voters and is a result of the hard work of Republican Study Committee (RSC) Members, who pressed the House to act.

Between now and April 15th, millions of Americans across the country will sit down at their kitchen tables to begin the annual ritual of filing their taxes . With records and receipts in hand, folks will hold their breath as they calculate how much the Internal Revenue Service will dip into their pockets. The process has never been fun, but this year, thanks to ObamaCare, taxpayers will face new and confusing requirements on top of the already maze-like tax code.

Americans should not be forced to choose between higher taxes or higher healthcare costs. Instead, we need real healthcare reform that puts patients and doctors back in the driver's seat and creates free-market competition to drive down costs. Last year, the RSC proposed healthcare reform legislation that would do exactly that - and garnered more support than any major healthcare reform package since the passage of ObamaCare. This year, we are hard at work refining our plan to serve as a competitive alternative to President Obama's failed big-government solutions.

Today's repeal vote will be the first time newly elected lawmakers can uphold an important promise they made to voters. As members take that vote, it is an unmistakable reminder that the priorities of America's new Congress are not dictated by special interest groups. Instead, our priorities flow from conversations going on around kitchen tables across the country. 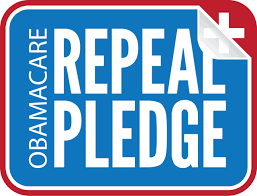