Justice Clarence Thomas on Friday wrote a fiery dissent in response to the Supreme Court's 5-4 decision that gay couples have a constitutional right to marry. 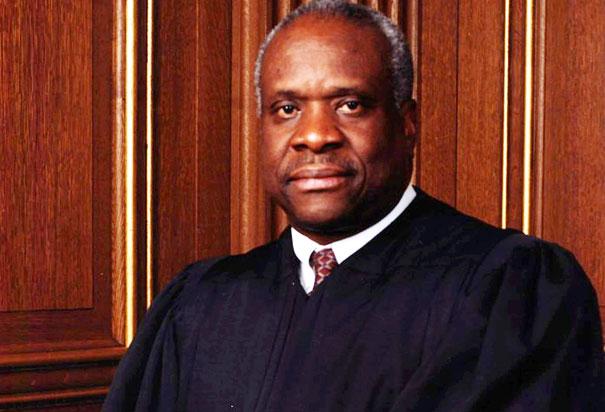 In it, he took issue with the concepts of "liberty" and "dignity." He argued that the petitioners in this case were not deprived of their liberty, as they have been allowed to travel and settle freely without government intervention.

This is why, Thomas wrote, the majority led by Justice Anthony Kennedy focused its opinion on the petitioners' "dignity."

But Thomas wrote that there is no "dignity" clause in the US Constitution - and that, even if there was, the government could not bestow it upon a person or take it away.

To make his point, he invoked the examples of slavery and internment camps. From his dissent: