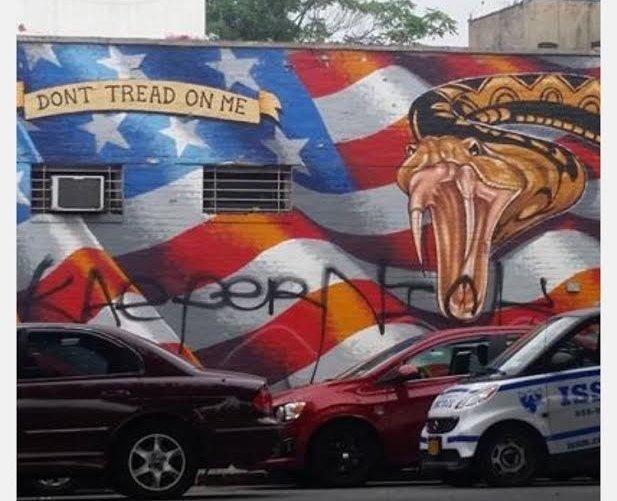 Artist Scott LoBaido knows a lot about taking a stand for a cause. As a local community activist for more than two decades, LoBaido says he strongly believes everyone has a right to protest

However, he said he does not agree with the actions of San Francisco 49ers quarterback Colin Kaepernick, who has been refusing to stand during the playing of the National Anthem at recent NFL preseason games. Kaepernick has explained that he doesn't believe in showing pride in "a country that oppresses black people and people of color."

LoBaido said he feels athletes should show respect for the flag in the sports arena and make political statements on their own time. That's why the artist is organizing "Blackout Sunday," a one-day protest against the NFL, on Oct. 9.

There is a poll in which 80 per cent of those voting support the artist in his planned Oct. 9 boycott.

Vote in the poll here:
http://www.silive.com/giants/index.ssf/2016/10/poll_will_you_boycott_the_nfl.html