As all true conservatives celebrated in June 2016 when the British people voted to secede from the EU (yes, it's been a long time coming), mark your calendars for next Thursday -- which should and is expected to be one of the true hallmark days in British history when -- if as the polls show -- Boris Johnson is formally elected as British PM, or reelected as some would claim.

This signature event would cement Britain's withdrawal from the evil, fascist EU -- and elevate BJ to the ranks of one of the country's top PMs of all time.

Going back only 100 years -- the top three are without question Churchill, Thatcher, and ... Johnson. Some will consider this premature as BJ has been in office for only a few months. Yet, by seceding from the EU -- which would be a truly globalist-shattering event that would render the Globalists apoplectic with rage -- BJ would be elevated into such esteemed company.

So, mark your calendars as a day/night to celebrate (the British polls close at 10pm UK time, 5pm EST). For true conservatives and British patriots, this should be one of the greatest days in British history -- and vicariously, American history as it is in the US's interest for Britain to pull out of the EU, a distinctly anti-American organization designed to suck out our money (the US pays for their defense) while subsidizing their own industries, eg, Airbus.

If the Euros had to pay for their own defense, they would never have had the money to launch from scratch Airbus, which competes with Boeing. This government-created firm -- which would be illegal now under WTO rules -- has cost Boeing hundreds of billions in contracts, and the US treasury tens of billions in taxes. So Britain's withdrawal will set a precedent that other countries will follow -- ie, there will be other Brexits, substantially weaken the EU, and continue to agitate the Globalist/Neocon/Big Business one-worlders.

So next Thursday, head down to your local pub and lift a pint to the next Churchill/Thatcher. A new day is dawning in the British Isles! 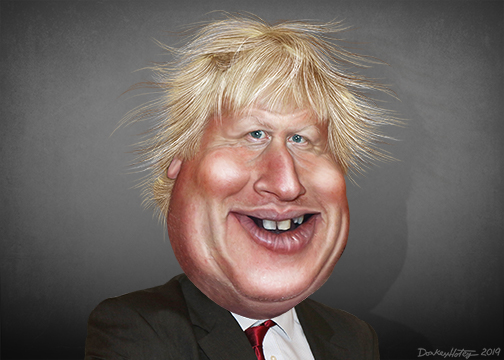