The Massachusetts town of Somerville has become the first in the nation to legalize polyamorous relationships. It's evidence of the slippery slope social conservatives warned would follow legalizing gay marriage.

Polygamy was the obvious evolution of redefining marriage. After all, every argument supporting gay marriage-"Love is love," "we deserve equal protection under the law," and "we're not harming anybody"-also supports group marriage.

Somerville's legal recognition of polyamory came about on June 25 while the city council was changing its domestic partnership application to a gender-neutral form. When Somerville council member Lance Davis was challenged over why the form was limited to two applicants, he replied, "I don't have a good answer."

Indeed, if we are going to ignore the fundamental, dual-sex form marriage has employed for millennia, there is no good answer to why government-sanctioned adult relationships should be limited to two adults. That is, unless we consider the rights of children to be known and loved by the only two adults to whom they have a natural right-their mother and father.

Yet, according to the prevailing view of marriage, endorsed by the Supreme Court's ruling mandating gay marriage in 2015, marriage has nothing to do with children. These days, marriage is simply a vehicle for adult fulfillment.

By such reasoning, there is no limiting principle for the sex, number, duration, or exclusivity of a marriage relationship. While the same cannot be said of the children resulting from their unions, plenty of adults feel fulfilled by short term, single-gendered, non-exclusive, or multi-partnered relationships. SCOTUS was indifferent to the needs of the children in their 2015 decision, and Somerville is following suit.

Massachusetts will soon have a contest with Ziona Chan?

DAILY MAIL: The world's biggest family: The man with 39 wives, 94 children and 33 grandchildren 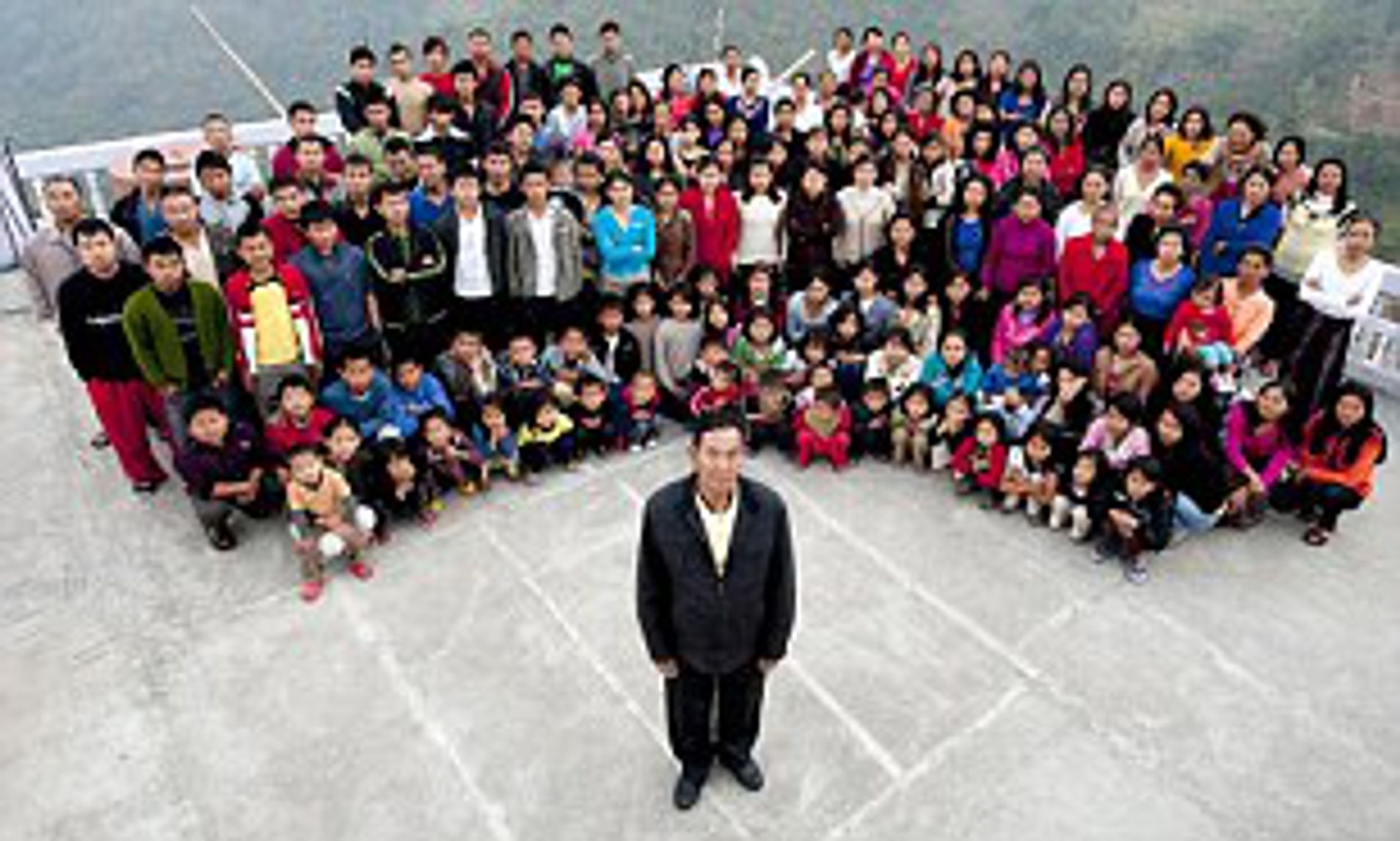