The UK Drag Queen Story Hour Twitter account was locked after drawing fury from various social media users due to a post containing a pro-pedophilia message. The phrase "love has no age" carries pro-pedophilia connotations of both an authentic and inauthentic nature. Some Twitter pedophiles have rebranded themselves as "MAPs"-an acronym for "minor attracted person; another euphemism to make a socially unpalatable cause more acceptable-spout this phrase, while others attempting to satirize internet pedophile have made memes containing the questionable phrase.

The tweet that simply read "love has no age" contained a picture of a smiling man in colorful garb carrying a rainbow umbrella while out in public. When the tweet was archived, it had two likes but 124 comments.

Since the lock was placed on the account, the tweet was archived by a swift-fingered internet sleuth.

Several commenters pointed out the existing age of consent as others simply called the person responsible for the tweet a "nonce."

Others posted memes expressing their disgust and personal conceptions of justice surrounding their preferred measures toward pedophilia.

more at this link 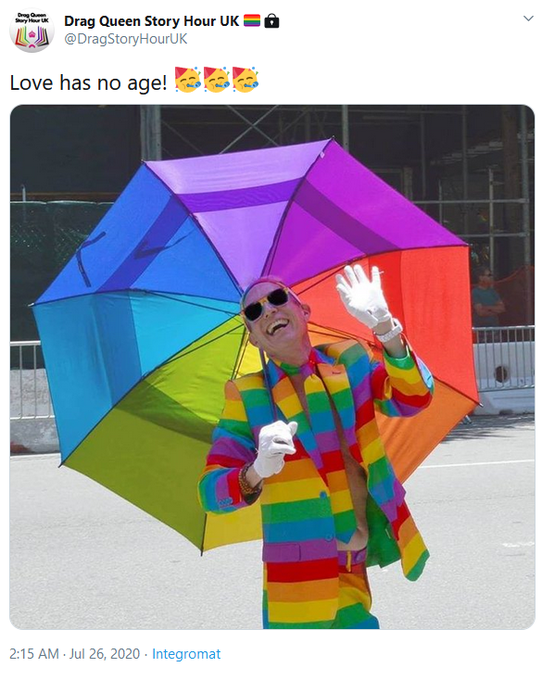