Despite counter-protesters surrounding us and chanting death to us and President Trump, we managed to get our message out due to our proven grassroots tactics.

And this completely caught the Antifa and Black Lives Matter (BLM) types off guard.

Public Advocate advanced our event in the news media, and some in the media even broadcast us live.

Our balloon launch at the White House was one of the top stories for some of the most prominent news organizations. 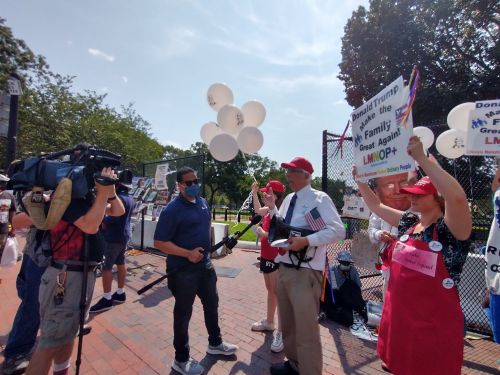 Of course, the Homosexual Lobby is livid.

With corporations and media in fear of facing retribution for refusing to promote their radical message these days, the Homosexual Lobby isn't used to pro-Family organizations like your Public Advocate standing up to them.

Public Advocate is the only pro-Family organization willing to go toe-to-toe with their allies in groups like Antifa, Black Lives Matter, and other organizations that are trying to destroy Christian Values and the nuclear family.

And they know that our LMNOP+ movement to Make the Family Great Again is slowly chipping away at their radical Agenda. 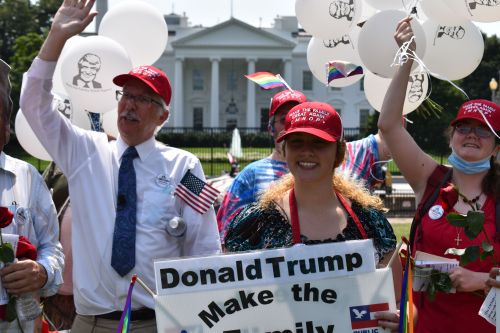 Some might call us crazy for planning an event in Washington, D.C. after months of violent riots and mobs across the nation.

THANK YOU TO THE BRAVE LOCAL NEWS MEDIA AND VOLUNTEERS

I thank all the brave volunteers and staff that worked for weeks to stage this critically important event in Washington, D.C. outside the White House.

If it wasn't for your support and folks like them, none of your Public Advocate's success could be possible. " 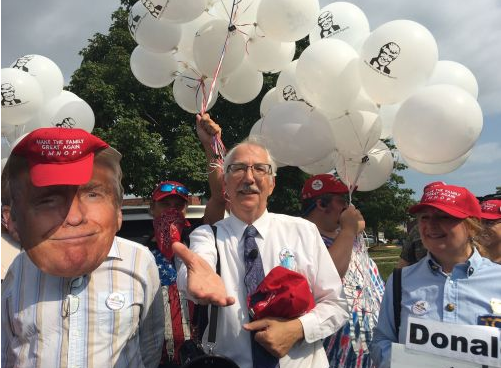 Our balloon launch at the White House was one of the top stories for some of the most prominent news organizations.

And the Homosexual Lobby is livid!