"The Democratic Party House management team was destroyed by the Trump Legal team in the impeachment sham process in a fraction of the time taken by the Democrat Impeachment Campaign and the vote results show it, " says Eugene Delgaudio, President of Public Advocate.

Virginia's top conservative State Senator Dick Black had more to say on this victory in an exclusive interview with Public Advocate.

Trump was acquitted by the Senate this afternoon. Democrats could not find any proof that President Trump was connected to the riot at the Capitol on January 6th, when 900,000 angry voters demonstrated against massive voter fraud that almost certainly flipped the results of the election. 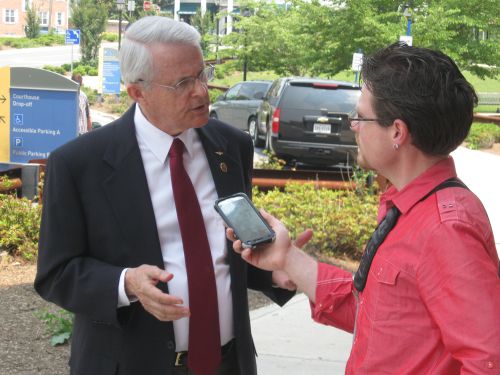 After the Senate voted to hear witness testimony, Democrats became fearful that the trial might become a platform for Trump supporters to reveal reams of evidence of voter fraud, which has thus far been censored by media titans who have even censored the President himself. That evidence would have shown President Trump winning in swing states by large margins until vote counting was mysteriously suspended during the early morning hours, so that thousands of fake mail-in ballots could be prepared and computer tallies could be rigged to flip the vote to Joe Biden. Americans were shocked to find Trump's landslide victory transformed into a Biden victory by overnight shenanigans in Democrat cites like Detroit and Atlanta.

The House impeachment was rushed, denying the president due process rights for the first time in American history. House Democrats simply made conclusory remarks before voting to impeach. During the Senate trial, Democrat floor managers were caught falsifying evidence by selectively editing Trump's speech. They cut out his admonition to march "peacefully and patriotically" to the Capitol, something so seriously unethical that they might have been disbarred for doing it in a court of law. In the end, Democrats did not present a single legitimate piece of evidence linking Donald Trump to any offense. Democrats needed 67 votes to convict, but fell far short after 43 Republicans voted not to convict former-President Donald Trump.

No president has ever been impeached while out of office, leaving the whole proceeding a mockery of justice. This is America's victory. It is a win for all of us.